The Royal Order of Kamehameha, Kaumuali‘i Chapter 3, along with Na Wahine Hui o Kamehameha, commemorates Prince Kuhio with a tribute held at his birthplace of Hoai (Prince Kuhio Park).  The Kaumuali‘i Chapter have been caretakers of his home site since 1924 when the Royal Order held their first Territorial Convention on Kaua‘i. One of the convention's resolutions included the restoration of Prince Kuhio's birthplace. The land was donated to the Royal Order of Kamehameha by the McBryde Sugar Co. through Alexander and Baldwin.  In 1928, a monument (sculpted by Julius Rosenstein of New York and Boston) was erected in honor of the Prince and commemorations have been held ever since.  The annual birthday celebration by the Kaumuali‘i Chapter includes tributes from numerous Hawaiian Royal orders and civic clubs, with dignitaries from the State of Hawai‘i and the County of Kaua‘i.  Many Hawaiian non-profit organizations, the local community, and several schools participate as well, all offering their reverential "ho‘okupu" (ceremonial gift). 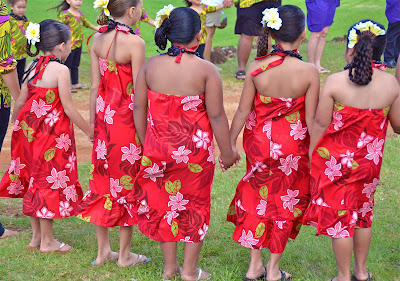 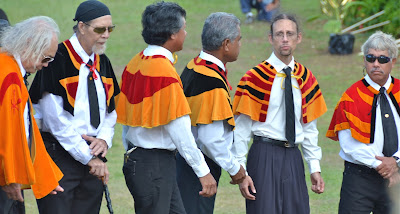 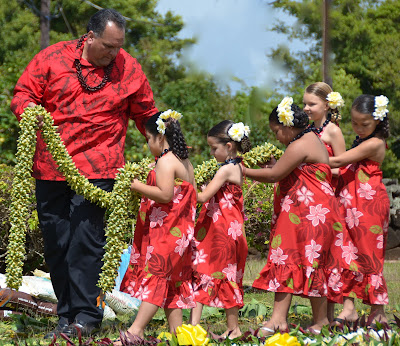 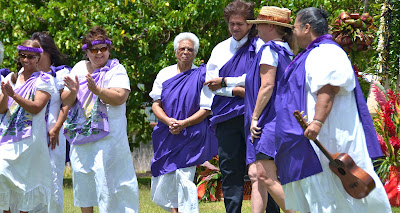 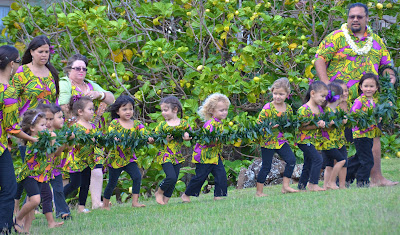 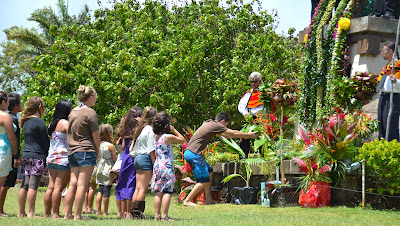 Mahalo for visiting our little blog!