A Short Visit to the Ali‘i lands and waters of Kahalu‘u-Keauhou, Kona, Hawai‘i Island

It is always a humbling privilege to return to the ancient land and waters of Kahalu‘u – our first home in Hawai‘i was here (and Keauhou) for nearly nine years, along with my first true introduction to the sacred and intricate layers of history found within these islands.


Many significant changes have been made here since we moved away. 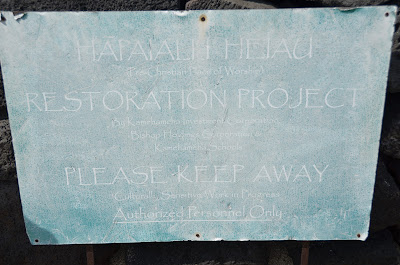 This trip I was part of a small group of archaeologists who were fortunate during our SHA conference to visit these lands with Mahealani Pai who shared some of the changes, along with some of the “revelations” learned while working here.  We visited several heiau (sacred Hawaiian temples) that were restored during 2007 by a local community group that Mahealani is part of, along with noted archaeologists, cultural practitioners, Hawaiian experts in “uhau humu pohaku” (dry stack masonry), and Kamehameha Schools (Kamehameha Investment Corp).  It is important for me to learn from other cultural restoration groups which can help with our efforts in Nu‘alolo Kai and Kahua o Kaneiolouma.

Cultural Historian Kepa Maly, for The Kohala Center, has compiled a very detailed collection of references about this sacred place for those interested.


Hapaiali‘i Heiau (Hawaiian temple of “elevated chiefs”) measures about 150x100 feet and is completely surrounded by ocean during high tide. The heiau inner walls were measured in 1906 by John Stokes and the outer walls were mapped by Henry Kekahuna and Theodore Kelsey in 1952.  These previous maps were used as guidelines for the process, along with a new plane table map (hui kaha pohaku) led by Keone Kalawe, students, community members, cultural practitioners, and archaeologists, before restoration began. Many niho stones (original base stones) were identified and mapped in-situ which also helped as guidelines for restoration. 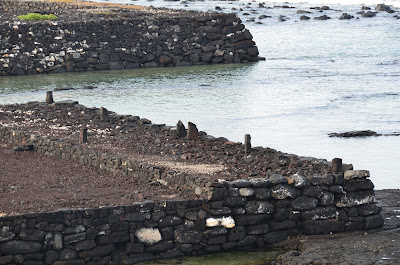 Through radiocarbon c14 dating, Hapaiali‘i Heiau was likely constructed around AD 1411-1465.  One of the heiau functions is a “solar calendar” for foretelling seasons and significant events. Stone alignments on the heiau point to the sun setting on the Southwest corner during winter’s solstice (Ke Alanui Polohiwa), on the Northwest corner during summer solstice (Ke Alanui a Kane), and directly in the middle of the West (Komohana) wall during spring equinox.


As for Heiau Ke‘eku, traditional stories say that Chief Kamalalawalu of Maui, trying to invade, was defeated by Lonoikamakahiki and sacrificed at the Ke‘eku heiau. Although I haven't seen them, there are supposed to be several petroglyphs carved here associated with its history.  Local mo‘olelo (traditional stories) tells of the two dog spirits dedicated to Kamalalawalu, Kauakahi‘oka‘oka and Kapapako, who continue to grieve and guard his spirit and this place today. Their ki‘i (or rock art images) are carved on a pahoehoe lava flat and can be seen today during some low tides.  Heiau Ke‘eku is also thought to have been a "pu‘uhonua" or place of refuge. There are numerous mo‘olelo for these heiau and as previously mentioned, Kepa Maly has compiled a good file for the Kohala Center. 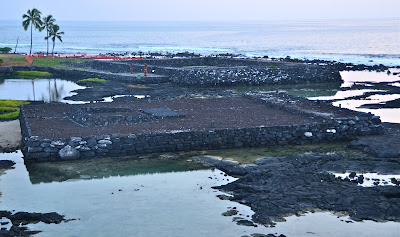 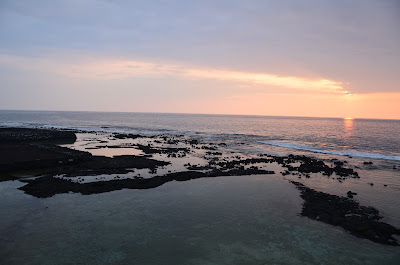 Give forth knowledge from above,
Every little bit of wisdom contained in song ,
Give forth, give forth, oh give forth


Mahalo for visiting my little blog!